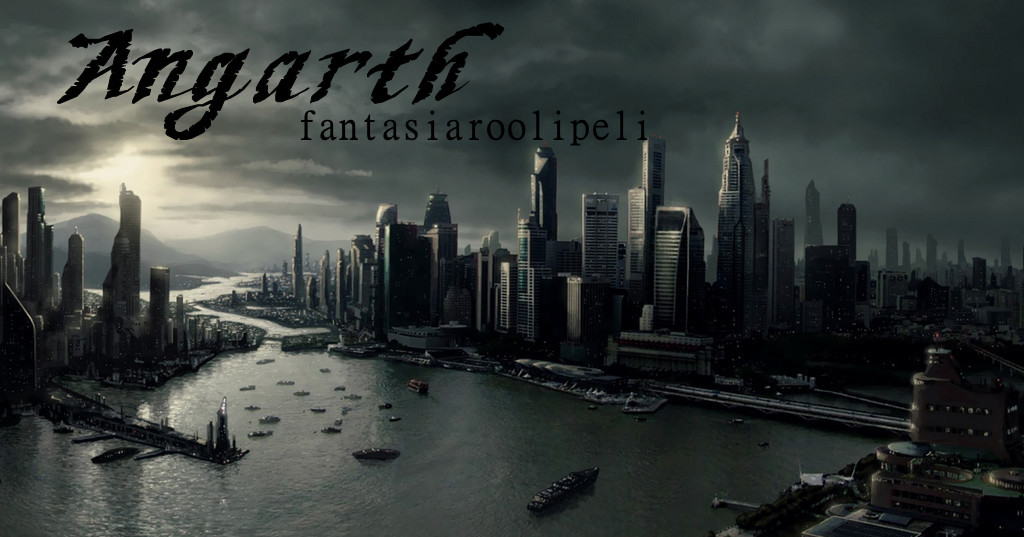 Viestien lukumäärä : 15
Join date : 16.10.2014
1. I'm looking for permission to roleplay as a Mutant named John Sin. Along with this permission comes supernatural abilities and supernatural organisms. What kind of supernatural abilities? Well, abilities that is an equal to ~300 year old vampire.
What kind of organism? An organism that allows John to have corrosive liquid instead of blood. This corrosive liquid corrodes easily through solid metal. Also John would be able to liquify his physical presence with green goo, this allows him to slip through narrow cracks and allows him to escape easily. John is able to deform and harden his body (iron hard) into any kind of wished shape, for an example his arms into wings which allows him to fly, or his legs into something sharp, like a blade. This deforming takes about a minute to be completed, and forming back into human state takes the same amount of time. He has no time limit for how long the forming will be active, but he has a timer of 1hour on the hardening part. After that, he will faint and fall into a deep slumber of two days.
Now the most terrifying and powerful ability is his regeneration speed. If he gets shot multiple times, it can take only a few minutes to regenerate and corrode the bullets inside.

2. Well I see this permission as option 1 instead of Neve. This character would allow me to roleplay in Eclipse and such places. Because, come on, why would a sadistic psychopath that loves to torture and kill be in a night club?

3. Probably like nothing, most likely I would continue with my old style.

4. Most interesting part eh? Well, John is a very skilled close combatant and a very skilled archer. John's most used fighting style is to deform his fingers into claws. For long range fights, he would deform spikes filled with this corrosive liquid, shoot them against the target and as the tip penetrates the skin, the corrosive liquid would spread into the targets own organism, slowly corroding everything from inside. The speed of these darts / spikes are compared to a normal crossbow. He can also spit this liquid and make small holes in his skin, making this liquid sprout from the holes.
Now how can he release so much "blood" from his body? The thing is, his  heart is no normal heart. His heart is biologically made to heal his body rapidly when needed. Ofcourse it cant pump too much "blood". He can also harden this liquid, making him able to make a sword out of this. Now why is this regeneration possible? John is a gene-spliced mutant. This makes his heart and organism able to withstand this acid (corrosive liquid). Now a normal humans heart has 60-100bpm, stressed ~200. Now, by will John is able to make his heart go "full apeshit", meaning his heart can go 600bpm. Ofcourse, the more he makes it beat, the more berserk he goes.

Johns favourite assassin method is to make his nails super sharp and infected with some kind of drug. He would simply just walk by, stick the person with his nail, and slowly watch his target die.

6. My character is very sensitive against vaccines, even though he can produce them. If Angarths state would get a catch of his acid, they could use it effectivly against him. Making some sort of medicine, that is specializied against his corrosive liquid. One bullet of that, and hes pretty much dead.

A normal pistol isn't enough to kill him, but a smg / any other full automatic rifle with high-speed will surely kill him.

7. John Sin got gene-spliced as a child, forcing him to work for the government in another land. He followed orders and did all the dirty work.
One day, he decided to escape this place, and so he did. He had no idea where to go and smuggled himself aboard on a ship to Angarth. As he arrived, he instantly knew how to make money. The first day he arrived, he started selling drugs. And now, I need to roleplay the rest.


RECAP :
Rapid regeneration
Ability to deform his body
Ability to produce any drug from his nails (He must know what drug)
Supernatural abilities such as speed, strength, endurance etc compared to ~300 year old vampire.